Located in Ciudad Real province, in the autonomous community of Castile-La Mancha, Almagro is a 50 minute fast train journey from Madrid. Renowned as an important theatre and cultural hub, Almagro boasts a 400 year-old theatre, the Corral de Comedias, as the main venue for the festival. As it is relatively unusual for theatre-lovers (and theatre historians) to pursue works outside their own culture and language, this foray into Spanish theatre is both exciting and daunting – especially as my Spanish is non-existent at this point in time! However, I am driven by the colour, the liveliness, the food, the warmth and the music of Spain (especially in the Southern Hemisphere winter) and I’m venturing forth into Don Quixote territory. The Golden Age of Spanish theatre (1500-1700) produced some 30,000 plays, with the most notable playwrights being Lope de Vega  (1562  -1635) and Pedro Calderon de la Barca, (1600 – 1681). The phenomenal outpouring of Spanish theatre subject matter differs significantly from its Elizabethan counterpart in that Spanish theatre was mostly driven by religion and honour – and with considerable humour.

In Almagro I am also observing a 4-day workshop, The Way of Verse, which not only discusses the poetic form of several classical playwrights but is a performance workshop. Works to be analysed include scenes from The Dog in the Manger and La Dama Boba by Lope de Vega, The Cute Don Diego by Moreto,  Devotion to the Cross by Calderon and The Trickster of Seville by Tirso de Molina. Each of these works is being presented in the festival and thanks to Amazon I’ve located hard copy editions of the works. Some in dual languages. Here is a list of other plays I’ll be seeing:

El Examen de los Ingenio – An Examination of the Wits based on the 1575 treatise.

Much Ado about Nothing – Shakespeare

Following is a photographic representation of Almagro. A feast for the eye and a world all of it’s own. With links to the Bronze Age nearby, one hopes that Almagro will survive this incredibly painful economic downturn. I feel I want to help every shop keeper on the square and I’m certainly supporting the Festival Box Office! But more of that in due course. And just a final word before the photos, the Spanish I had been learning seems totally redundant here as they speak Catalan and I can’t understand a thing! 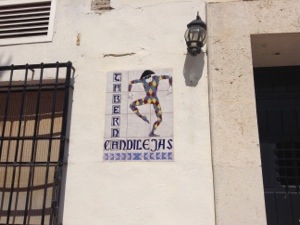 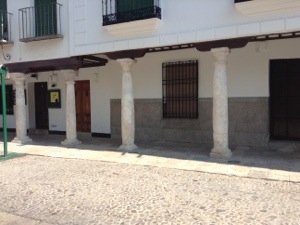 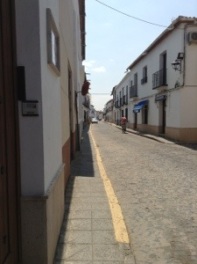