Today the workshop was brought forward to a 9 am start and as I had to organise two bank transfers (without Spanish), I sent an apology for the day. The difficulty is that 90% of the shops and services close at 2pm till 6:00, except the bank which doesn’t reopen at all. Explaining my requirements in that I needed proof of the transfer to be emailed to Merida was an exacting task until the very obliging señorina called the manager who spoke English really well and the day was saved. I went looking for a fruit shop (without success) but for the foodies here are some photos of the corner store, so instead I bought bread, salami and cheese. By that time it was siesta!

Before the theatre I went on a tour of the Corral des Comedias in the main square of Almagro. It is a 15th century open air theatre in terrific condition and still presents shows. I hope the photos speak for themselves. It was fascinating to learn of the division of social status and it was more about being seen, and sitting where, rather than what was being seen. I hope the theatre fans reading this will get a chance to see this for themselves one day. It is indeed a pilgrimage and the main reason for me coming to remote Spain and it is certainly well worth the effort.

Once again to Teatro de Veleta to see a new version of a Calderon work, La Gran Zenobia o la hermosura desdichada, (The Unhappy Beauty) which according to the director’s notes was inspired by his recent time in Syria. It tells the tale of Zenobia who was a 3rd century Roman Syria queen and after her husband died, she expanded the empire in to Egypt and ultimately lead a revolt against the Roman Empire. When she was defeated, she was taken as a hostage to Rome. It is a fascinating story and I can understand Calderon’s attraction to it. But for this production, other than familiarizing me with the character and the historical events (which was well worthwhile in this exploration of The Golden Age of Spanish Theatre) sadly there was little else going for it.

The National Theatre’s Youth Company production of Lope de Vega’s La Noche Toledana, The Sleepless Night, (or Endless Night) however, was quite something else. This company is comprised of young actors who train in Madrid, under the auspices of the National Theatre, for a period of two years. It is intensive and they do get paid. Within The Way of Verse workshop group there are at least 3 people who have completed their training and are now looking for work.

The performance took place in yet another beautiful space, The Antigua Univerisdad. This audience was vast – 500 at least and the atmosphere was palpable. Vincente had worked with these students and was particularly excited about the show. They had worked on it for some 6 months.

This is one of Lope’s most popular pieces as it is all about sex. Who wants it, who’s getting it, with whom, and who shouldn’t be getting it with whom, jealousies and plotting. In many ways it is a farce with a lot doors, fast escapes and a spectacular chase over roof tops.
Remembering that this was written in 17century verse, the director made some changes as a concession to modernity and I’m sure that Vincente would have been consulted as to the veracity/ feasibility of the choices.

Anyway it was a modern day romp in contemporary clothing that was slick, had great energy, great panache and a set that was quite remarkable in it’s versatility. The students, all around 24 years of age, worked wonderfully as an ensemble and the whole production demonstrated the value of the state training the next generation of actors.

Just as an aside, Lopes wrote this piece at a relatively early stage of his prolific career and it is said that he was exploring his own sexuality. The upshot of his life long exploration was a total of 15 children, some time as a priest, a period of exile, and a couple of marriages. 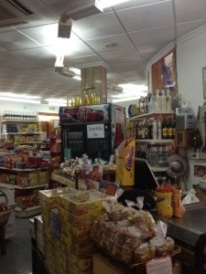 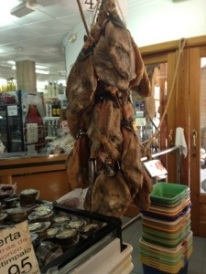 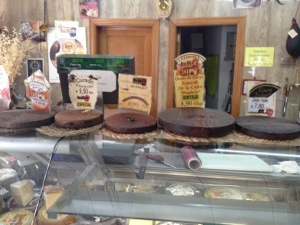 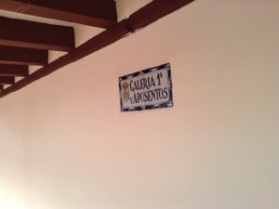 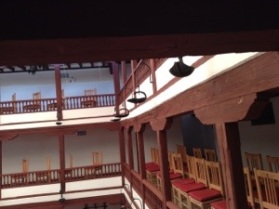 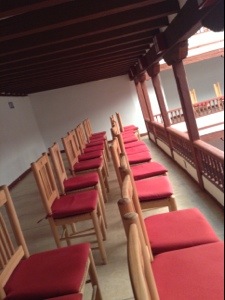