Day 17 BARCELONA AND THE GREC FESTIVAL

Arriving late in the evening from Madrid, in the morning it was great to find how conveniently my hotel is situated among the arts centre of Montjuic and many of the cultural sites of the city. All within easy striking distance once I got my Metro ticket and my bearings. With several objectives to round out my previous Barcelona experience, this visit was planned around the festival, followed by sightseeing of the National Theatre of Catelonia,  Gaudi, the Gran Teatro Liceu, the L’Auditori and then some.

The festival is so named after the Teatro Grec, an ampitheatre also located on Montjuic and while it specializes in contemporary theatre, its international reputation made it a must see for me.

The exciting thing about Barcelona, is that you can turn a corner and there is some significant monument or building that you’d read about or always wanted to see.

o for me, on day one, it turned out to be the Bullring and the Bullring Museum. Why wouldn’t one important cultural activity be in the same area as the others? And I stumbled across the bullring on my way to find the NTC.

Both were equally impressive. I found the theatre workshops before I found the theatre and then discovered that the whole thing takes up a block in the area devoted to culture. It is huge! Also en route I found the Auditori for music events   – again huge, with a terrific horse, a restaurant where the arts crowd eat, and where I had my first Barcelona speciality, fideula, and the Barcelona design district, enfant,bn.

The spires of  Sagrada Familia are  very present on the landscape so I jumped on the metro to make a recce and after seeing the queue for admission decided that this would require a dedicated, early morning excursion to actually get into the basilica in under an hour or three.

So that was day one, rounded off by a production of Pinter’s Old Times at the Sala Beckett in a very elegant part of town.

How to get there? Two metro changes and a walk…I didn’t think so and so more I added to my ownership of Barcelona taxis.

The Sala is cute, very cute, but the playing area is very challenging and so was Pinter for the Spanish cast. Working  on a raised stage, running the width of the room, our eyeline was at crotch level with the three actors and their closeness to the ceiling was very disconcerting.

I love Pinter and I think that playing this one on the floor with the audience raised around the actors, might have been an improvement. In other words we all  would have been in their space retracing our old times.
The Sala Beckett is dedicated to experimental theatre. It provides space and courses for young writers,  and specifically promotes contemporary drama, and it was certainly worth the effort of two taxis. 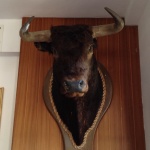 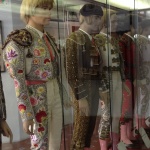