It’s not everyday a theatremaker gets the opportunity to wax on about their passion but clearly the stars were in alignment for me when I spoke at not one, but two, Central Goldfield Libraries’ Salon of Big Ideas.

My understanding is that the Salons developed from previous conversations in philosophy, which so sparked local interest that participants requested widening the field to include a broader sweep of subject matter.

As Greek Theatre is often regarded as somewhat esoteric, please imagine my delight when 30 people registered to attend the talks. Entitled Greek Theatre for Now, the idea of my presentation was to ‘weave the classic narratives of Homer … into a modern day context … [and to consider] how classic Greek theatre narrative has a place in current day issues of war, displacement, democracy and women’s rights.’

Having recently returned from Hydra, Greece, where I performed in The Trojan Women, the notion of displacement, war, women’s rights and democracy were very real considerations to me. Not only in the play, but more importantly in the light of the hundreds of Syrian refugees making their way to the Greek Islands to start a life somewhere else.

Moreover, I was concerned by my perception of the broad-scale apathy Australia has displayed towards refugees. How can we forget that in every face, there is a story of great suffering? For I strongly believe that no one leaves their home unless truly forced to do so.

Rolling back the historical clock to the Trojan War where men died and women were the spoils of war, it seems to me that little has changed. Do we really know what happens in modern day warfare? Is the story we see on the news the real story? And whose story is it? And what of the other story? Only today I saw more reports about the atrocities in Myanmar. How does this still happen in the twenty-first century?

It was from these questions that the notion of Greek Theatre in a modern day context was born. For throughout the narratives of Greek Tragedy we can still see the stories of loss, suffering, matricide, rape, filicide, violence, war, abduction, enslavement, sex, mayhem, cannibalism, revenge, murder, human sacrifice patricide, etc. etc. It could well be the stuff of modern day movies and television. So what has changed? Only the time and the place.

My many trips to Greece, specifically to see Greek theatre in situ, had enabled me to experience a sufficient number of plays to start to evaluate their agency in a modern setting. Together with that first hand experience and a good knowledge of the texts, I became quite obsessed to share my passion and to find out if others were interested in the ongoing value of the western world’s most enduring performing art form.

From the attendees, eleven people have elected to ‘keep the conversation going’ and we will embark on a series of discussions over the next few months. Furthermore, five people have expressed interest to join my All The World’s A Stage Theatre Tours trip to Greece in 2019. (www.worldtheatretours.com)

I feel totally enheartened that there is an audience for this material. Not only does it begin to create a groundswell of interest in Classical Greek theatre but it forces us to evaluate what it really contributes to our contemporary world. And how it can make a difference.

Already I’m aware of one international rehabilitation programme that uses Sophocles’ Ajax as its springboard; that an adaptation of Euripides’ Trojan Women, Queens of Syria, (Syrian Refugees & Trojan Women) was recently staged in Jordan, and of equal importance, Yannis Simonidis’ theatrical discourse, Socrates Now has travelled to over 20 countries around the world.  I see these as glorious beginnings.

In conclusion, I invite anyone with knowledge of other significant applications of the works and/or with ideas as to how to further these conversations, to respond to this blog and become an active voice in Greek Theatre for Now. 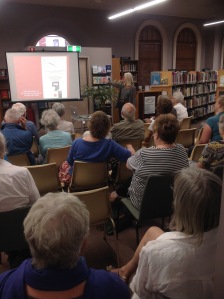